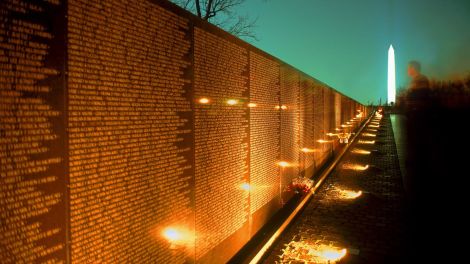 It’s Memorial Day and I’m not quite sure where this is going since I haven’t in quite some time. But sometimes free-flowing thoughts can take you on the most amazing journey’s when your focus is not on getting from point A to point B in the shortest period of time. Did you know that Memorial Day was first known as Decoration Day? Named for the act of laying (or decorating with) flowers on the graves of those that had fallen in battle. This usually occurred on a Sunday in late spring or early summer in rural areas of the American South. It also became a time when family members would gather once a year and serve as a reunion. Today was much the same as Memorial Days passed where I would make my annual trip to the local Veterans Park to sit quietly and pay my respects to men and women that I have never known yet have given me the freedom to do whatever I wish, whenever I wish. How many times do we take this gift for granted in a day much less a lifetime?

And today begs another question. What of those left behind? How did they feel? How did they cope? How did they replace the emptiness that was created by the loss and did the pain ever go away? These are questions that need to be asked and that should be answered by each of us. You see, each of us has had some kind of loss in life. It may not have been the physical death of a son or a daughter, a father or mother, a friend or family member, a spouse or significant other but it can be devastating mentally or emotionally just the same. These instances of loss, of separation, may be a blessing or a curse depending on the point of view.  More times than not they are out of our control but each offers an opportunity to choose. A defining moment. It forces us to make a decision. To fall in retreat or to stand and forge ahead. Today we honored those that set the example to stand and forge ahead. Moving toward the danger they knew they may never see victory and might simply be clearing a path for others to claim it but move forward they did. And as a nation, a people victory has and continues to be secured one generation after another. 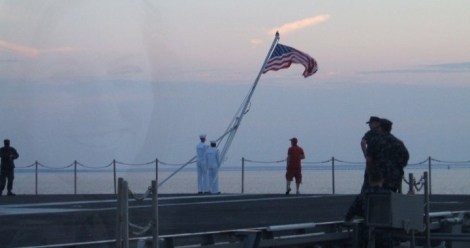 I’ve recently begun building a friendship with a young widow who is raising 3 daughters by herself. Her story of strength and survival is nothing short of a script for a Hollywood movie with all its twist and turns. It is not my story to tell except for this. For all she has endured she made a decision not to let the moment define her but to define the moment. If not for herself but for her daughters. Not unlike those that we remember today she has decided to stand and forge ahead. That is strength.  That is character.  That is courage and that is a story that I hope she will one day share on a platform large enough to let others that face the same challenges know that they are not alone.

What do you do when a story is over? You end it and begin another. Today we remember lessons from the past we see put into action in the present to positively affect the future.  What should we remember and what should we forget?  That is a question we must each answer for ourselves.

We salute you and the circle of hope you helped create.